Toccata à l'Acte, for harpsichord or piano (with a delay pedal and an electric music box)

“Toccata à l’acte, written in 2015, sets a new level of intertextuality. The piece takes its departure from Sonata K. 141 by Domenico Scarlatti and is written for amplified piano or amplified harpsichord (the latter being the most appropriate option), delay pedal and a motorised music box that plays the melody from the sonata. Following an exposition of the first bars of the original sonata, the score introduces what at first seem to be wrong notes, interruptions, and small loops and repetitions that transform the significance of the piece from which they originate. These procedures are reminiscent of the work of the experimental filmmaker, Martin Arnold in works such as Passage à l’acte, from where Rodríguez Valenzuela takes the name of his piece.

The interferences are, to begin with, included in the score, but they are soon augmented by the use of the delay pedal –which records, reproduces and superimposes a number of short fragments– and by the motorised music box. These inclusions question the concept of context once again: perceived initially as extraneous bodies, they gradually become part of the new environment and end up establishing themselves as the centre of the piece. The harpsichord is the instrument of choice in order to go more deeply into this aspect: the very mechanism of the instrument, which is so characteristic, takes its place in the sound fabric like a noise that has been welcomed into the musical landscape, as the inclusion of something external. This additional plane, this other level that also has a place in the act of listening, is gradually amplified and built up over the course of the composition, to the point at which the performer ends up treating the harpsichord as a percussion instrument (symbolically completing the above-mentioned inclusion). The same approach is seen again and again: the integration and observation of the external, from the exercise of the act of listening as idea. We are listening to the listening of Manuel Rodríguez Valenzuela. In Toccata à l’acte there is an excellent example of a recording that demonstrates another facet of Rodríguez Valenzuela’s work: a heightened degree of idealism, the need for precision in certain ideas in order for them to make sense. The ambitiousness of these ideas does not derive from an ostentatious urge to make them visible, but rather from the composer’s honest attention to what is intimate; to all that which is so hidden and innermost that his only option is to be extremely demanding on himself. In this case we refer to the editing of some of the delays: many of them are designed to be produced by the action of the pedal, but in the studio they were recorded meticulously one by one, in order to reflect their motivating idea with utmost precision; a precision for which the recording process offers the perfect environment in which to excel" (Luis Codera, composer). 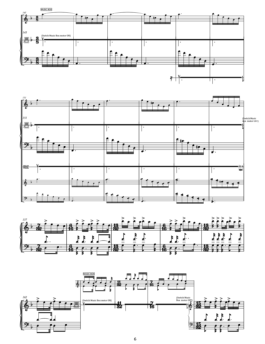